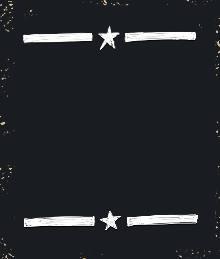 Bob Greenway, 1954-1958 one of the founding members of our group. He worked with Marine Corps Test Unit one researching use of helicopters with ships designed for helicopter use.

Glenn Thompson
4th Signal Company, 4th Mar Div
Glenn joined the Fourth Div. while it was being formed in North Carolina and made all four of its Pacific landings. (Roi-Namur, Saipan, Tinian and Iwo Jima). He came to Arizona in 1948 and had a 36 year career in Broadcast Engineering with KPHO-TV . Retired in 1987 as Chief Engineer.

WOW ! Today is D-Day ! I just realized that yesterday June 5, 1965 (just before graduating from High School)... I took my Oath of Enlistment for the United States Marine Corps. Little did I know at the time that next June 1966 that I would be headed off to SE Asia for my senior trip! Time flies...Don't blink...God bless all my Brothers and sisters who served and died in our country's wars.

Enlistedin the Marine Corp with my buddy Roger under the buddy plan in 1968 so we would go through boot camp together. Had lots of fun in boot camp then went on to tank school.

Derrick Pfannenstiel USMC 1985-1989 also a group founder.
Shown on the right with a Navajo Code Talker taken in Sacaton, Arizona at the  IRA HAYES MEMORIAL  during an annual Commemoration Ceremony for the Iwo JIma campaign

Dennis Kavanaugh,   2-F-23-4th Mar Div
Dennis worked for Chesapeake and Potomac Telephone Company for 35 years in various capacities, retiring as a staff engineer in 1976. He and his wife, Norma were married for 75 years. Norma (Sugar) Kavanaugh passed away 11/18/2015. She was a friend to many group members and will be missed
He landed with the first wave on Iwo Jima.